Home › Blog › How Dangerous Are The Wasps In Boston?

How Dangerous Are The Wasps In Boston?

They’re the most feared of all bugs in the Northeast. Aggressive, relentless, and equipped with a painful sting, wasps cause trouble every year for property owners around Boston. But are wasps really as bad we think? The answer is more complicated than you might expect. Just how dangerous are the wasps in Boston? 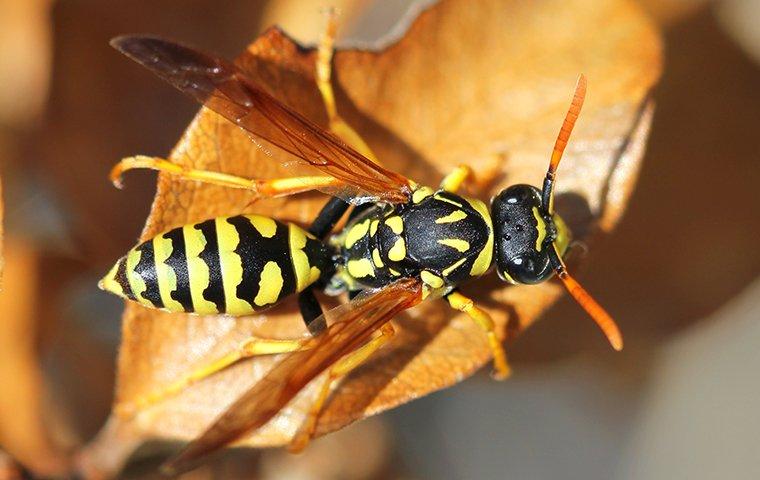 If you spot a flying insect with yellow stripes buzzing around, you probably get a little anxious. But is that a bee, a wasp, or a hornet?

Wasps are some of the most diverse and widespread insects on the planet with tens of thousands of species cataloged and more being discovered every year. They can be found on every continent except Antarctica.

Although many of the wasps found infesting homes and businesses are social wasps that build nests, most wasp species are solitary hunters who spend their lives alone. Regardless of species, wasps prey on other insects for food and have been known to steal tiny hunks of meat from cookouts to feast on. As cold weather approaches, wasps set their sights on sweets and can often be found drinking nectar from sweet-smelling flowers or gulping up sugary spills from juice or beer.

Wasps and hornets are often confused. They are incredibly similar in appearance and behavior, but there are a few key differences to know. Hornets always build nests in elevated locations like tree branches and awnings, while wasps can build nests underground or at ground level. Hornets are usually large in size, between 1 and 1 ½ inches, while most wasps measure less than 1 inch.

Bees share some similar behavior with wasps and can have similar coloration. Most bees can be easily distinguished from wasps by their hairy bodies and small size. While wasps tend to be more sleek and thin, bees are often more round and bulky.

Wasps can actually be helpful pests to have. They can control the population of unwanted bugs on your property and, believe it or not, they can help pollinate the flowers in your yard. Of course, they aren’t as effective at pollinating as their cousins the bees.

But while they can be beneficial, wasps can also be dangerous. Wasps are equipped with venomous stingers that can be used repeatedly (unlike bees who can only use their stinger once). Wasps are dangerous to pets and small children who aren’t aware of the aggressive nature and painful power of these bugs.

A wasp sting can be life-threatening for those who are allergic, and the threat must be taken seriously. Even for individuals without allergies, a swarm of wasps inflicting multiple stings can be a medical emergency.

How To Prevent Wasps

The good news is that there are a few ways you can prevent wasps from infesting your property:

If you’ve spotted a wasp nest on your property, don’t try to remove it yourself. Sit tight and call the experts at Urbanex for safe and easy removal. With our accredited, award-winning services, you can get back to enjoying your time outdoors and stop worry about wasps. Get in touch with us today.